Another unique project produced with on-site roll formers was that of Erdy McHenry Architecture of Philadelphia, the architectural firm responsible for the design of St. Aloysius Church in Jackson, New Jersey. Extensive research into the life and ministry of St. Aloysius led to two significant conceptual explorations that give form to the design for this new Roman Catholic Church.

Called, “Repitching the tent,” which describes the delicate soaring roof lines evoking the concept of simple worship, the installers used Englert’s roll-forming machinery to complete this project. Four massive piers were anchored at the corners and provided the building’s foundation.

The standing seam roof structure serves as a distinguishable image for the church. The roof also serves to break up the inside space acoustically, while creating an intimate feeling. “The standing seam, hyperbolic parabolic roof structure was a wonderful aspect of this structure and it was important that its implementation be protected during the design phase,” said David McHenry, a partner at Erdy McHenry.

The architect chose an Englert Series 1300, 17-inch, 24-gauge standing seam panel for the roof material. More than 37,000 square feet of dove gray Galvalume metal cover the roof, cut using roll formers. Despite the impressions of curves in the valleys of the roof, no curved material was used and each panel was meticulously planned and installed, said Brian Swarhout, of Excel Contracting, Inc., of Whiting, New Jersey, who installed the roof. All of this needed to be done in order to meet the requirements of the hyperbolic parabolic design.

“These were some of the best subcontractors we have ever worked with,” Erdy says. “We had several meetings with them while they were doing shop drawings to figure out ways to accommodate the ‘curves.’ A lot of care went into determining how the bends would be accommodated and the twists absorbed.

“The hyperbolic parabolic type of construction is usually seen in the design of athletic facilities, allowing architects to create a large open space for economy and functionality. In this case, the design was executed for the imagery and aesthetics it projected of the meeting tent rising out of the ground. The four concrete buttresses represent the pegs of the tent anchoring the roof structure while the parabolic plywood sheathing allow the ‘tent’ structure to soar.” RF 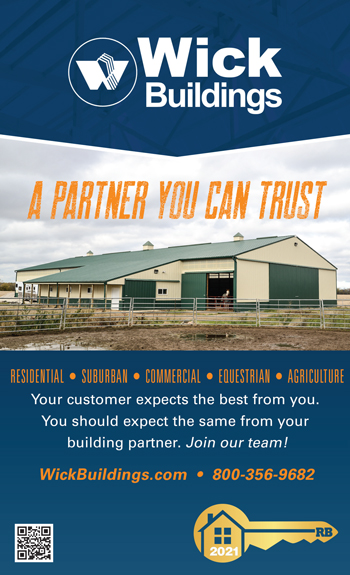 The Bradbury Group: A Global Leader

Defect or Not? Recognizing Product Issues