How Exhibitors Can Get the Most Out of Trade Shows

[Editor’s Note: Trade shows have started to reboot after a year of cancellations due to Covid. Are you prepared to take full advantage of what these valuable opportunities provide? How you approach them, either as an exhibitor, or a visitor can make the difference between success or a big waste of time. Publisher Gary Reichert weighs in on the topic, starting with tips for exhibitors.]

On June 3-4 we put on the second annual Construction Rollforming Show. The exhibitor booth space was down, mostly from manufacturers’ concerns about Covid liability and the late lifting of travel restrictions. The actual attendance for the show was almost equal to the first, which was great considering the circumstances. 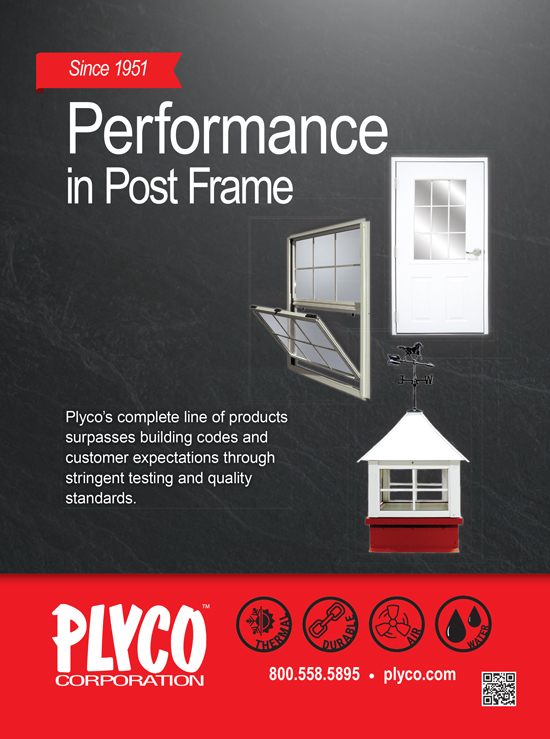 Most of the exhibitors seemed to be actually writing business at the show and giving positive feedback. A very few were less thrilled about the outcome. This was fascinating because businesses that were successful and ones that were not were selling comparable products. In one specific instance, the exhibitor with less success had a much better location on the show floor. If companies sell similar products, and have wildly different success rates, the obvious question is: “What are they doing different?”

My background is coming from the commercial fitness industry. When I was 21, I was selling gym memberships, which, at the time, was more like used car sales than anything else. From that, I furthered my education, went into coaching and then into commercial fitness equipment sales. I ended my stint in that industry as a VP of Sales and Marketing for a small company.

My first steps into professional sales, as opposed to hard-closing retail sales, occurred when I was 29 and took a regional sales position with Universal Gym Equipment covering several Great Lakes states. My first National Sales Manager was Gene Calender; he was the closest thing to a sales version of Yoda I have ever seen.

A year’s worth of magazines is not enough to cover everything I learned from him. But there are some things relative to working trade shows that seem to be completely forgotten in the last few decades. I will neglect to mention exactly how many, but writing that makes me feel very old.

Here are a few things that were drilled into me by “Yoda.” These will proceed from most important to least important

1 – Establish objectives  and remember why you are there.

Different shows and different situations will have desired outcomes that require a different strategy. Are you there to:

What you are hoping for in an outcome will determine your strategy and actions while you are at the show. Anything else is a distraction. Trade shows are a condensed opportunity to meet face to face with more people than you would typically see in months. Everything except meeting your objectives needs to be completely forgotten during the two or three days of the show. Coming to the last morning of the show hung over counts as a distraction.

2 – Your behavior needs to make you approachable.

This is the single biggest difference I noticed between successful and non-successful exhibitors at the Construction Rollforming Show.

To show you how much has changed: In the “old days” we were not allowed chairs in the show booths. Sitting can create an impression that the potential customer is disturbing you. Most people are by nature polite. You will never know how many people were too nice to buy from you.

Other behaviors in the same category are cell phones and eating.

Cell phones are even worse. Put them on silent for the duration of the show. And there is almost no reason for texting or answering emails from the booth. Remember why you are exhibiting; you can answer emails in your hotel room after the exhibit floor closes.

Zig Ziglar once said, “Nothing happens until someone sells something.” Making an introduction is a sale. If you wait for someone to ask you a question, you have relinquished control of your ability to meet your objectives. Waiting for them to ask a question, you are making the assumption they know who you are or what you offer.

Have a way to introduce yourself. Your company provides you with SWAG. It may be lost now, but the purpose of SWAG at a trade show is to create introductions. It is as simple as saying, “You look like someone in desperate need of a hat. My name is Gary, and you are?”

4 – ALWAYS have a pen and business cards.

In today’s digital age this may seem like a primitive statement, but it applies to every day (not just at trade shows). Scanners and software do not and cannot fill the same gap. Business cards provide a visual impression. Many people will remember what they see. A scanner takes that important connection out of the equation and your name and business never have the opportunity to imprint on the potential customer.

The backs of business cards should be blank, and always have a pen. (I put some business cards and clip a pen in the badge holder.) When cell phones were new, we only put the main office number on the business card. Then when we gave out a cell number by writing it on the card, this indicated that the prospect was important enough for us to do something we did not typically do — give out our cell number.

Times are different now, but the impression is the same: If you make a note on a business card, it is specific to that person. It’s not the same thing that everyone receives.

The blank space on the back of a card is also a place you can make notes about potential customers for later reference. Writing a note for you to keep creates the same impression for the prospective customer: They are special and it is important for you to remember who they are and what they need.

Until now, the numbers were in decreasing order of importance. This last could easily be the most important.

At most shows, companies collect more leads and usually close business later. The Construction Rollforming Show seems different. I saw customers giving exhibitors checks and providing spec sheets on exactly what they were looking to buy. But, in most cases it is about warming existing relationships or generating leads to close in the future.

Either way — follow up. You cannot close future business if you never hear from them again. For existing relationships, the follow up can be as simple as saying, “It was great to chat. The next time you’re in town, I owe you lunch.”

If you are intent on “doing it right,” it is good to save a small announcement for after the show or have a prepared Frequently Asked Questions sheet. “Hi Bob, Great seeing you at the Rollforming Show last week. This wasn’t official then, so I couldn’t say anything. But now I can, and I thought you would like to know…”

I have always been fascinated by the way sales people think. Often, sales people will say, “I didn’t get anything from the show” or “these leads are worthless.” I always wonder what effort and process was put into them. In cases where similar companies have wildly different reactions to a show, the answer may be in looking at expectations and what was done in and around the booth.

Like most situations in the real world, the largest portion of your success or failure is in your own hands. That makes success a choice. To misquote the Most Interesting Man in the Universe, “Choose wisely, my friend.”

Now that we’ve covered exhibitors, in the next issue I’ll ramble incoherently about what it takes for an attendee to have a successful show. RF