Roll-Forming Industry Stays Positive Through a Year of Many Surprises

December 1, 2020
Roll formers continued to stay busy even in the early months of the pandemic and remain optimistic for the future.

What can you say about 2020 that hasn’t been said already? It’s been a challenging year, and it isn’t over yet. But you know what? By and large, the regional roll-forming industry has been resilient. The feedback we’ve received over the course of several months, even during the early months of the COVID-19 pandemic, has been mostly positive. If anything, all the noise in the outside world had people hunkering down, looking to the future, and placing orders. So as the final weeks of the year wind down, let’s take a look at the state of the roll-forming industry.

In the early months of 2020, it looked like it was going to be an exceptional year for construction, and consequently for panel roll formers. Major North American machine manufacturers were reporting a backlog of customers, both existing companies looking to upgrade, as well as optimistic newcomers. 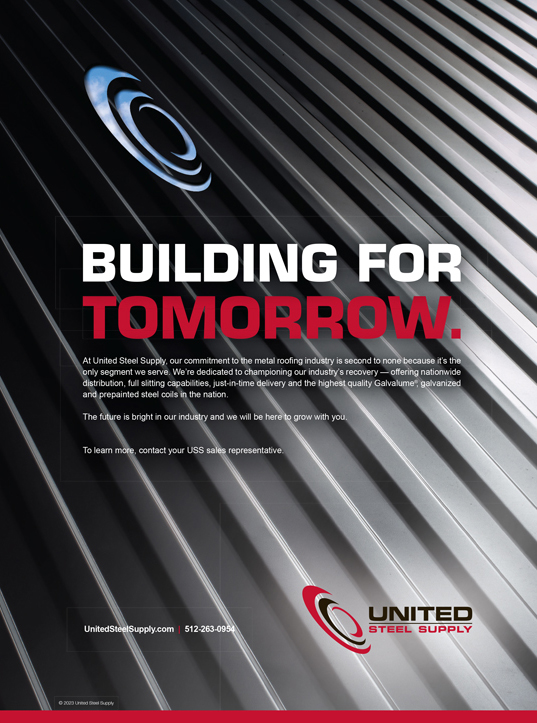 When the economy came to a screeching halt in March, there was a moment of confusion. Companies deemed “essential” (which many facets of the construction industry were categorized as) gathered their wits and started answering phone calls. Fortunately, it was not typically from panicked customers looking to cancel orders, but from those, now locked inside, who finally had time to finalize their purchase decisions.

In fact, we spoke to Troyer on a visit to a new roll-forming operation setting up during the pandemic (a small family operation) in Little Suamico, Wisconsin (see the Fall issue of Rollforming Magazine, “From Milk to Metal”).

Troyer attributes the increase in roll-former sales to a couple different factors related to the residential trend. He said people young and old have been doing repairs on existing homes, or building new, and that activity has rippled from customer to contractor to supplier to manufacturer.

“[Before the pandemic] a lot of people were going out shopping, going out to eat, spending money. Then they stayed home and they found money. Then they got stimulus checks. They have this money to spend, so they’re redoing their houses, building their garage, building a shed,” Troyer said. 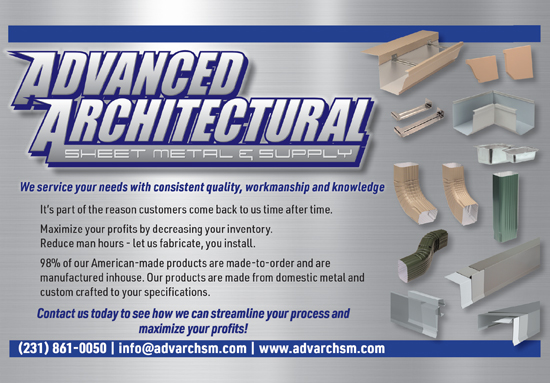 Unfortunately, there have been some supply issues for manufacturers. Acu-Form had been experiencing this prior to 2020 with dies, and this year with shears: the lag time between production and delivery of orders can be a turnoff to buyers. Acu-Form’s solution was to bring more of the production of parts in-house, in this case the dies and shears. They’ve also streamlined their assembly process to keep employee numbers stationary while improving speed and efficiency. “We streamlined everything so that when they go to assemble a machine, everything is there and on the cart. All they have to do is put it together,” he said.

Another sore point in the industry remains the labor shortage, a situation felt before the pandemic, and not improving with it. “Right now, in our area, you can’t hire anybody,” Troyer reported. “We can retain our guys … but to get new hired-hands is hard.”

And moving into Q4 of 2020, Schwarzer said 2021 was still looking good. The number of inquiries for machines was strong.

Like many others, however, he can only guess at what is driving the trend. Perhaps the time-out in people’s normally hectic lives has given them more time to think through their decisions. “I don’t know, maybe people are sitting home and saying, ‘let’s redo the roof on the home, let’s not buy a car, let’s do something that adds value,’” he said.

He has concerns over COVID-19 and the months ahead; what might happen if the pandemic drags on, negatively affecting employee availability and consumer confidence.

“It’s weird times. Who knows what’s coming,” he said. “What if someone has COVID in your plant; how many people are you going to have to send home because they were near this person? Or what happens when we get into October, November, and people get a normal cold? So they come to the office with a typical stuffy nose. Maybe they say, no, I’m fine, and I have to say, no, you need to call for testing.”

Testing can take time. Rapid tests are not universally available. Employees may need to stay off the job for days, or a couple of weeks.

“Some companies can work remotely … but what about the assembly worker, what about the guy who runs the machine in the metal shop,” Schwarzer challenged. “They can’t work remotely. So it’s going to be interesting when we get to the colder months, when people all of a sudden get normal colds, and out of precaution must stay home, or out of precaution, need to get tested.”

Getting the infection rate down to allow a successful reopening of the country and a return to travel is most important, Schwarzer said; healthy people lead to a healthy economy. As he noted, “Who’s going to give you three quarters of a million dollars [for a roll former] without talking to you at least one time face-to-face?”

What Roll Formers Are Saying

“All things being equal, we’re looking forward to a bright future,” said Robert Hilty, co-owner of Western Building Supply (WBS), Wheatland, Wyoming, (see page 24 of this issue for more on WBS). They remained busy when the pandemic hit. COVID-19 had “flattened our growth projection for 2020, but we’re still above last year, year to date,” he told us.

“We were well above [our growth projection] pre-COVID,” he added, “but it just took that trajectory and put it down some.”

He continues to see a bright future for metal in the foreseeable future. “We’re very blessed to stay busy during this time, especially the metal. I’m not exactly sure why, but we were swamped with metal. The [truss business] slowed down quite a bit [early on], but it’s since picked up. We’re back to 100% production on [trusses], but the metal has just been bonkers.”

Another busy roll former is Alvin Brubaker, co-owner of Riverside Roofing, LLC, Floyd, Iowa (see more on Riverside in the Fall issue of Rollforming Magazine: “Need it? Make it!). Brubaker said they saw no ill effects to their business due to COVID-19 and the construction industry in his area was still going strong.

“Last year (2019) was strong for us, very good, and this year seems to be stronger yet,” he said. He echoed sentiments expressed by many: “It just seems like, when people were off their jobs [during the COVID-19 shutdown] they had time to plan, they had a stimulus check; people just seem to have money this year. And with low interest rates, people are building.”

In looking back, he noted that there was some early angst among some of their customers—contractors whose breakneck pace of business suddenly came to a momentary halt. “Some contractors weren’t sure [what to do]—for a couple weeks the phone just didn’t ring,” he said. “Maybe it was just intimidation or fear, but when they realized [COVID-19] wasn’t going to kill everybody, they just got out and went back to work.” RF

Publisher’s Note: Welcome to the State of the...

Co-Inventor of GALVALUME® Recognized For Achievements

State of the Industry: Keep On Rolling in...

How To Attract, Hire and Retain Top Talent