Coil pricing and the commodities market

The unprecedented increase in construction steel prices starting in late 2020 caught many people in the construction industry by surprise, yet people watching trends in the scrap metal industry could see the approaching increase months in advance.

Tom Buechel operates a family-run scrap yard in New Jersey called Rockaway Recycling and shares his knowledge of the business through a free pricing app called iScrap App. He said he saw the spike coming over three months ahead of time and believes builders, roofers and roll formers can profit from learning how to utilize scrap metal prices to save money. 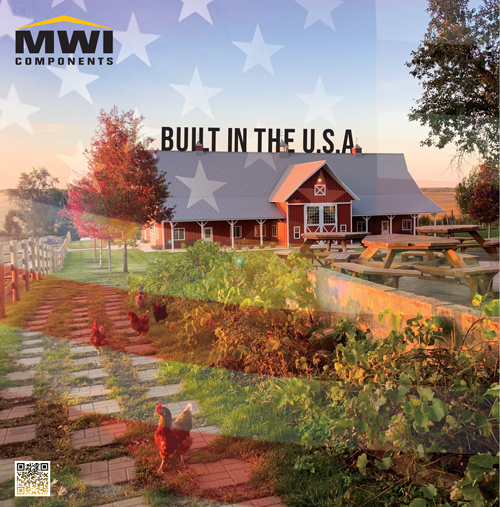 “We created the iScrap App because, what we learned, was that people wanted to know what the metal prices were, to know how much things were going to cost, and where the market trends are,” Buechel said.

It makes sense. The modern steel industry recycles old steel to make new steel in electric arc furnaces (EAF), so it goes to reason that what happens upstream at the scrap yard, has an impact downstream at the steel mill.

You may already be following prices of copper, steel, and aluminum on the commodities market, but the iScrap App breaks down and defines categories that can be tied more directly to the origins of construction metals.

“We took the commodity markets, which are traded every day like stocks are, and we boiled them down and made them so regular roofers, siders, electricians, plumbers — the blue-collar work force — can now access information from the iScrap App in a way that makes sense,” he said, explaining that pricing explanations made on sophisticated trading websites aren’t always well understood by laymen, “so we took a lot of the industry terms that don’t apply to scrap and we tried to apply them … in a more understandable and predictable way.”

Scrap prices are determined based on a variety of market conditions: production volumes at domestic steel mills and aluminum mills, overseas demand, fuel costs, and the overall economy. More specifically coming into play are commodity prices in both American and overseas markets, indications of a ‘fast market’ (trades at heavy, sometimes chaotic volume) and changing relationships between overseas and domestic buyers. 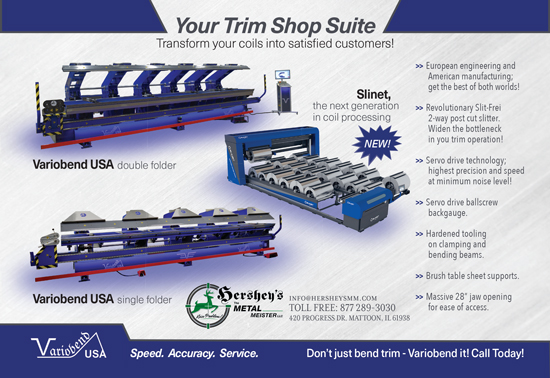 Buechel uses himself as an example of how he used his knowledge of scrap metal prices to make a substantial purchase. “I built a 50,000 square foot industrial building … I knew where the markets were and where they had been 10 years earlier, and I pre-bought the building [eight months before groundbreaking] because I knew the prices were so inexpensive. It was worth paying interest to the bank rather than just waiting to order [the building] when I was ready for it. I ended up saving about $70,000.”

It isn’t rocket science. “By knowing what the market trends are, or could be going, gives you the ability to do what I did,” Buechel said.

A note of caution that looking at one day’s pricing does not translate immediately into a call for action. It may be just a one-day glitch. A case in point was a recent unexpected rise in copper prices. On the day of the interview for this article, Buechel noted that “copper prices were trading at $4.33 the other day. On an average day, copper prices move three to five cents. This morning they were up 16 cents; no reason, no news, nothing you could find as to why. It was just something that happened, and it was a domino effect.”

In such cases it takes further observation to know if it’s a glitch or the beginning of a trend. And even if it is a trend, there’s a couple months of turnaround time for old steel to be converted into new steel that makes its way onto a truck headed to your shop. As well, it takes prices time to adjust as older inventory pushes through the system. This affords you more time to consult with your own sources to make crucial buying decisions.

Buechel uses the 2020 price hike in steel as an example. “I saw the scrap side of things picking up in July,” he said. The industry had struggled for about two months after the COVID lockdowns in March. After that two-month lull, businesses that could not survive the shutdown began to sell out and the scrap business began to boom. It hasn’t stopped.

“We are essentially like the Grim Reaper,” Buechel said of the scrap yard industry, adding: “Companies go out of business, and they have old forklifts, old products, old shelves, and machines and tools that only have value to the people using them and they don’t have a resale value, so they’re scrapped.”

Conversely, during the 2008 recession, scrap prices “got brutalized because people were holding on to things.”

To help control some of their own costs, some steel mills are purchasing scrap companies. “Steel mills are vertically integrating to be able to control both domestic scrap and international scrap,” Buechel said. “I know a lot of scrap yards that have sold their yards to steel mills so [the mills] don’t have to worry about going through a broker.” RF