Roll-forming machines have been used in the metal panel-forming industry for decades in the U.S. long before the debut of portable roll formers.

Ryan Reed, former editor of Metal Roofing Magazine (now a sister publication to Rollforming Magazine) delved into the history of roll formers in an article published in MR in 2005.

Although Europe led the way initially, Reed noted, the U.S. would develop its own path in the 1800s.

“…As soon as metal sheets became common in architecture, metalworkers developed machines to fold, bend, and seam them,” Reed said. “The roller concept was in use in roofing by the mid-19th century, if not before.

“Powered machines to form more intricate shapes in metal were developed at the turn of the [20th] century. In 1910, Carl M. Yoder, a draftsman for a Cleveland-area sheet metal company, designed a continuous cold roll-forming machine for making mud strips for cars. Two years later, the Trachte Brothers Co.* built a roll-forming machine in Watertown, Wisconsin, to make corrugated water tanks for livestock.”

Large machines in the U.S. were increasingly used in the mid-20th century.

“By the 1960s,” Reed noted, “companies like Butler and Wheeling Corrugating were manning huge roll formers that produced structural standing seam and wide, ribbed through-fastened panel for residential and metal and post-frame buildings. These were long, heavy machines with dozens of roller sets, which allowed accurate forming at high line speeds.”

The regional trend in stationary machines has been more recent, developing first in the South and slowly making its way up the east coast and spreading out throughout the country. Today, its growth has become more rapid, accelerated by the rising popularity of metal roofing and siding in construction. 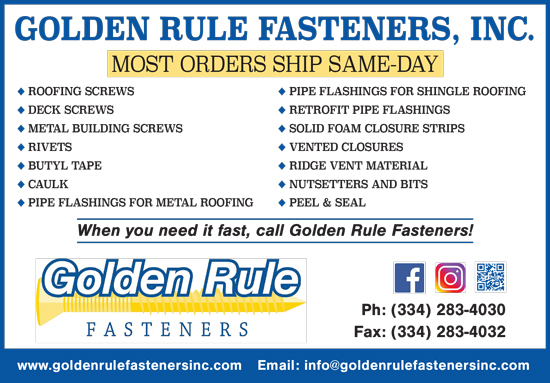